Setting up the Treadmill

Knowing that my solution works, it's time to set it up. First of all, a new cup had to be made since the last cup fell victim to my hotwire gun (see last picture of this entry). Why cut in the first place? Space around the treadmill is a very limited luxury so the walls are cut thinner. The hotwire itself was reshaped for more reliability and stability.

For your enjoyment, first off the video of the up and running treadmill. If you click on the youtube logo in the bottom right corner you can watch in in high quality on the youtube website.

Here are a few pictures of cutting the walls of the cup: 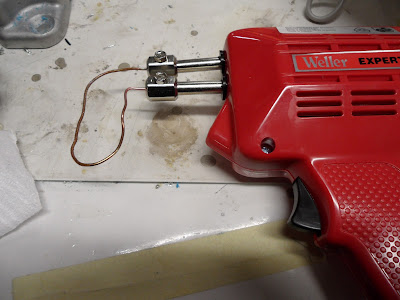 The soldering gun with the custom-shaped hotwire. 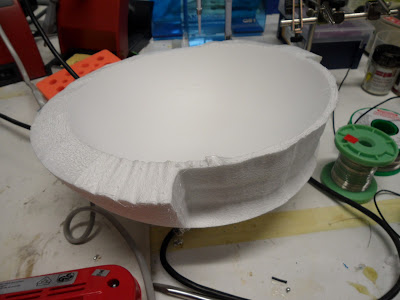 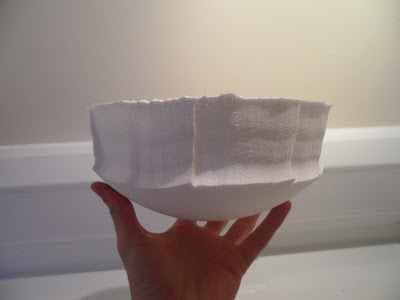 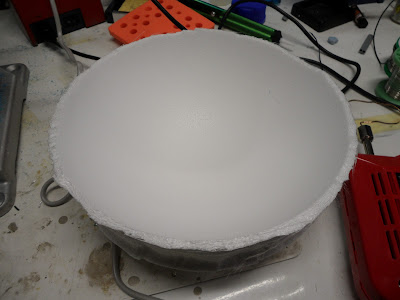 Going round and round with the hotwire we end up with what you see above.
Again, this looks like poor, amateur work but the mice sure as hell won't care. And neither do I.
The Ball
The polystyrene balls are provided in moulded half-spheres. And for some mysterious reason, the half spheres don't fit together properly. I have spent many a minute wondering why someone designs a mould which probably costs somewhere in the 5-digit range and then makes it so that it doesn't fit. Anyway, out of the box you get this: 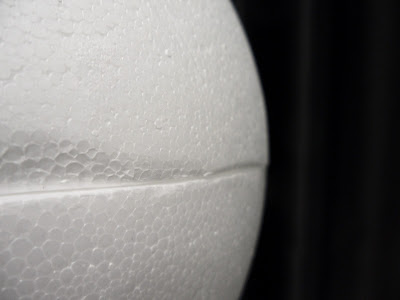 A nasty misalignment that might cause the mice to stumble and break their leg. Next stop: prison sentence for animal cruelty. No thanks! Also, the treadmill runs less smooth with this. 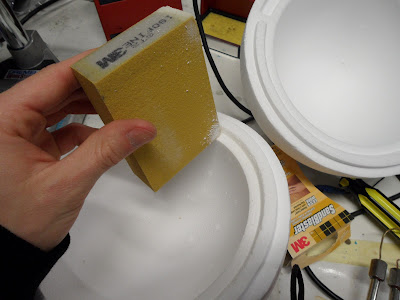 To fix this, some fine (p180) sandpaper was used to sand off the excess polystyrene. 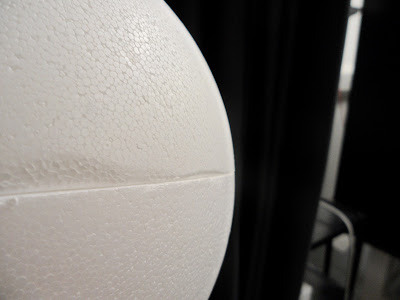 And finally some superglue made sure the half spheres won't separate again. Ever.
There is still a small step but with any luck it won't be a problem. If it is, all this will be done again. With more precision and dedication.
The Cup (again)
Now the time has come to make the airsupply a reality. The first prototype had four 6mm tubes and it ran smoothly. The final version has eight 6mm tubes for an even more uniform aircushion. There are many ways to mark 8 holes evenly spaced around the south pole, in our case they are all lying on a ring of about 2cm radius.
A simple wooden screw of appropriate diameter (don't know the exact size, trial and error did the trick) was used to drill the holes. For that end, the screw was turned into the polystyrene a few times and then pulled out without turning. This process was repeated until the wall was penetrated entirely. It's important to not push the screw in as that can result in polystyrene breaking once you get close to the inside of the cup. Once that was done, the tubes can be inserted one by one, see pictures below. 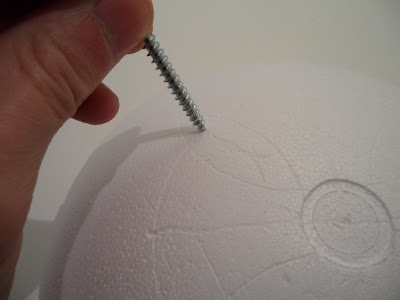 My less than professional way of marking 8 holes: draw a ring, then 2 lines, orthogonal to each other intersection at the centre of the ring and then find the middle between each of the 4 points of the compass (i.e. where the lines intersect the ring). I used a bent wire instead of a pair of compasses. 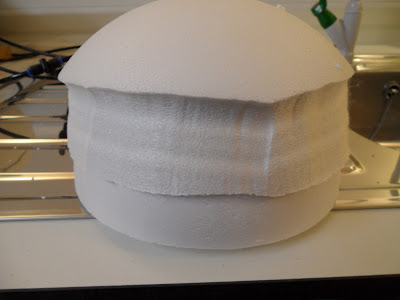 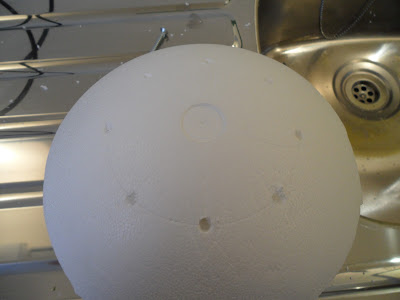 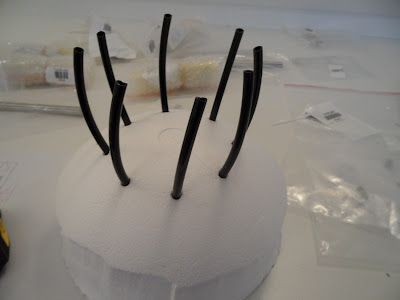 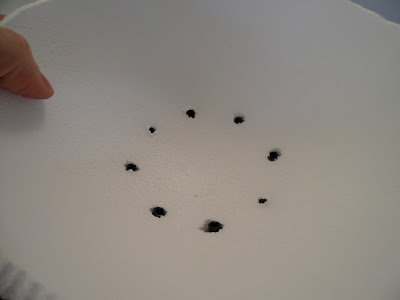 The inside, it doesn't look perfect, but it works well. This would probably look better if the tubes had been pushed in from the inside to the outside. 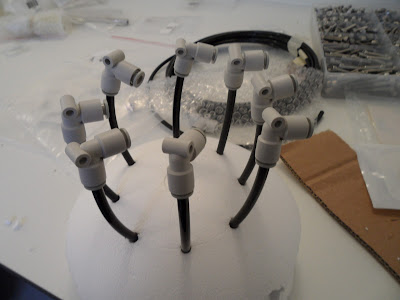 Now push the L-joints onto the tubes, all facing into the direction where the airsupply will come from. 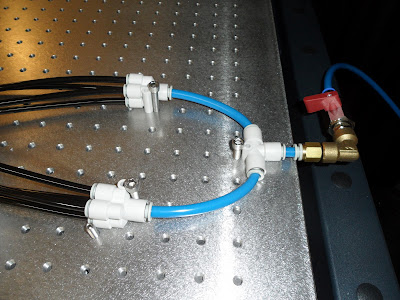 On the right is the shut-off valve for the pressurised air coming from the compressor. In two stages this is split into 8 seperate tubes. 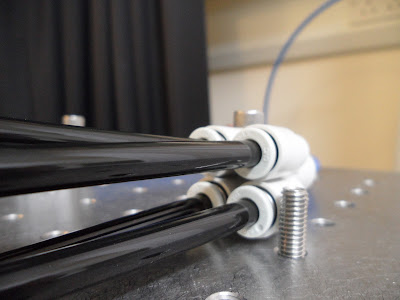 Close up of the 1:4 splitter. This picture is only here because I think it looks cool 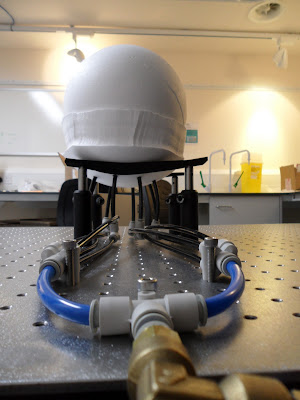 The final setup, you can see a video of this setup running on The Treadmill page.
With the treadmill up and running an important part of the setup has been completed. Now the only things left to do are the screen, mirrors, virtual reality, programming the virtual reality, designing the headplate and many other things.
Posted by Lukas at 03:36 2 comments: